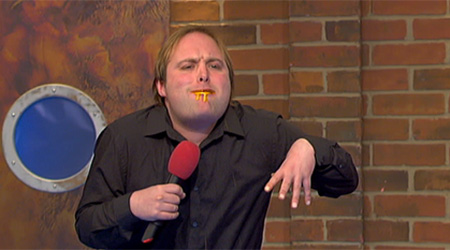 Pies number themselves among the slim cross-section of society who have never seen Soccer AM so we have little-to-no idea who this “Tubes” character is, though from what we can garner he’s some kind of binge-drinking crew member/lackey that raps a bit and asks one question and one question only to the various guests on the show every week.

Anyway, the man they call “Tubes”, government name: Peter Dale, played in a charity game at Birmingham City’s St Andrews ground last weekend and graced the game with an absolute stonker of a volley from the edge of the area which clinked in off the bar in Yeboah-esque fashion…