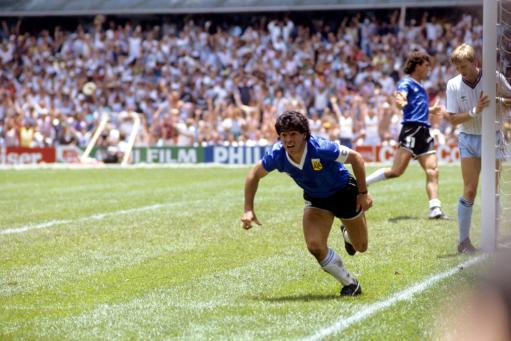 Here’s a cracking little bit of footballing curio for thou, in the shape of an unbroadcast television replay of Diego Maradona’s magnum opus: his ‘Goal of the Century’ against England at the 1986 World Cup, as seen from behind Peter Shilton’s goal.

SPOILER ALERT: Peter Reid still can’t get anywhere near him…