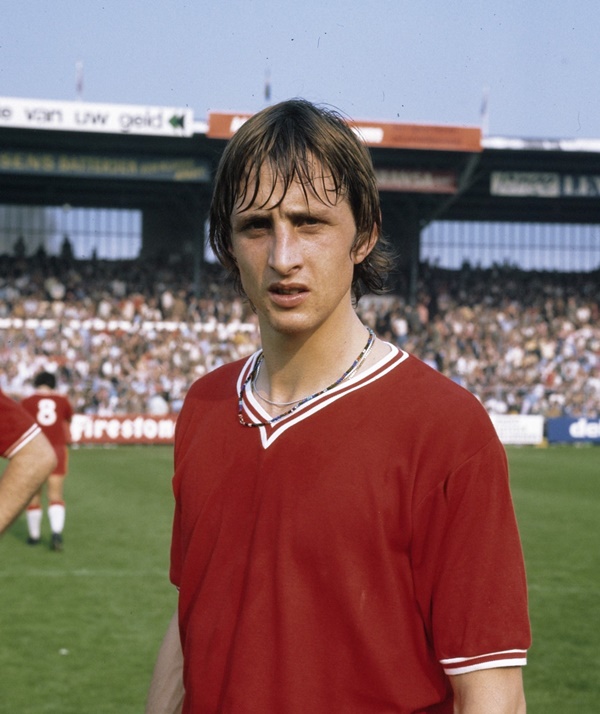 Johan Cruyff was a decent little player in his day. He could see things at a faster frame rate than everybody else, pre-empting and flitting away from danger before the defender’s first muscle fibre had even twitched.

He also went on to become on of the most progressive coaches of the modern era, preaching a simple message of skill and nous over build, athleticism and football-by-numbers. He was a man after Pies’ own heart.

As it happens, Jopie also did a slinky line in footballing philosophy too, as the following quotes duly attest.

“You play football with your head. Your legs are only there to help.”

“Technique is not being able to juggle a ball 1,000 times. Anyone can do that by practising. Then you can work in the circus. Technique is passing the ball with one touch, with the right speed, at the right foot of your team mate.”

“What is speed? The sports press often confuses speed with insight. See, if I start running slightly earlier than someone else, I seem faster.”

“Playing football is very simple, but playing simple football is the hardest thing there is.”

“Before I make a mistake, I don’t make that mistake.”

“We showed the world you could enjoy being a footballer; you could laugh and have a fantastic time. I represent the era which proved that attractive football was enjoyable and successful, and good fun to play too.”

“Quality without results is pointless. Results without quality is boring”

“I find it terrible when talents are rejected based on computer stats. Based on the criteria at Ajax now I would have been rejected. When I was 15, I couldn’t kick a ball 15 meters with my left and maybe 20 with my right. My qualities technique and vision, are not detectable by a computer.”

“It is statistically proven that players actually have the ball three minutes on average. So, the most important thing is: what do you do during those 87 minutes when you do not have the ball? That is what really determines whether you’re a good player or not.”

Jopie was a man who just got it. Plain and simple. He understood football in it’s purest, most unpolluted form.

And to end, a lovely little bonus quote from Pep Guardiola on Cruyff: “Johan painted the chapel at Barcelona. Every coach since has simply restored or improved it.”

So long Johan, old bean. The light you cast will never dim.