As Clive Tyldo might say: Remember the name – Julian Draxler.

“I cannot describe in words what I am feeling,” Draxler told German television.

“To come on five minutes before the end in a stadium where you have always dreamt of playing and to score such a goal with such a shot in the last minute is just amazing.” 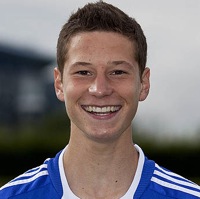