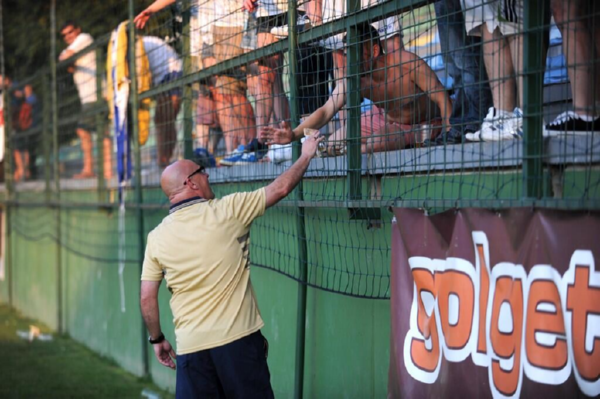 Leeds are pre-seasoning in Slovenia at the moment, beating a local “Select XI” side 3-1 yesterday evening thanks to goals from Matt Smith, Dominic Poleon and new signing from Reading, Noel Hunt.

Impressively for such a low key fixture, a small number of travelling Leeds fans turned out for the game, with the thirsty gaggle of supporters chanting “it’s your round Brian” in the general direction of manager Brian McDermott toward the end of the match.

Upon hearing the plea for beer, McDermott made his way over to the Leeds fans at full-time and handed over a €50 from his own pocket as a little “thank-you” gesture to the devoted supporters, later telling the Yorkshire Evening Post journalist Phil Hay, “€50 was all I came out with. I’d have given them more if I’d had it. I feel a bit bad actually.”

Worry not, Brian, as the money was put to good use… 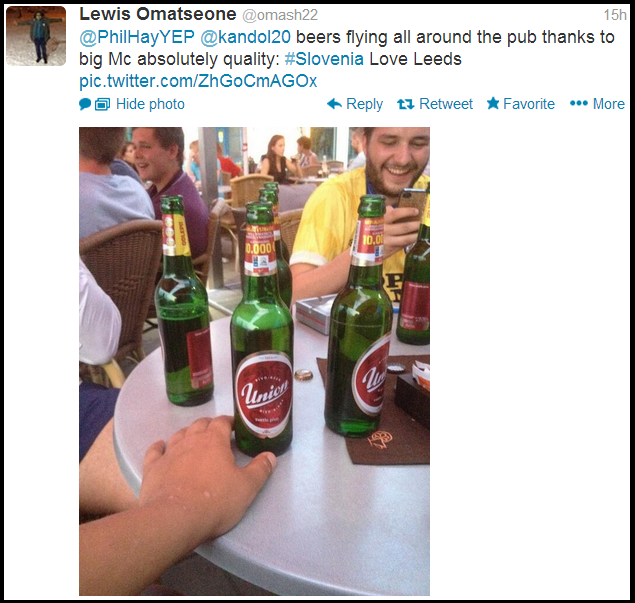