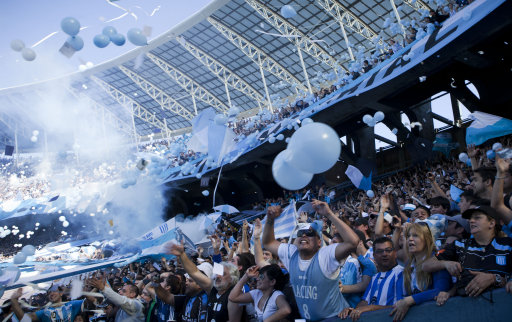 Fans of Argentinian side Racing Club have circulated flyers instructing their players to deliberately lose to Quilmes on Friday evening in a ploy to help relegate despised rivals Independiente from the Primera Division as pay-back for an incident in 1983 when Independiente supposedly deliberately threw a game – also against Quilmes – that saw Racing jettisoned from the Argentine top tier.

As the old saying goes, revenge is a dish best served 30 years down the line.

The Racing fans’ flyer looks a bit like this, telling the club’s players that they will “rot in hell” if they don’t lose against Quilmes… 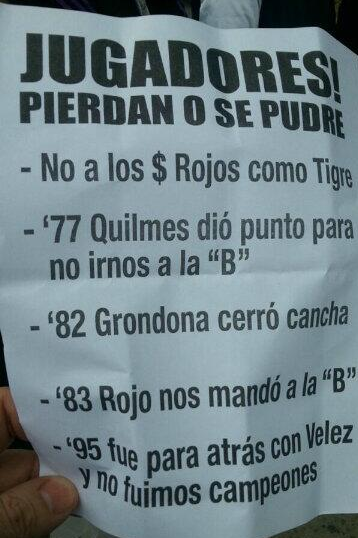 Independiente are currently 11th in the Clausura table,

Scratch all that. We totally forgot that Argentinian relegation is all arse-over-tit and decided by taking the average of the last three seasons – a measure that was originally put in place to protect the big sides from going down on the back of one dodgy season.