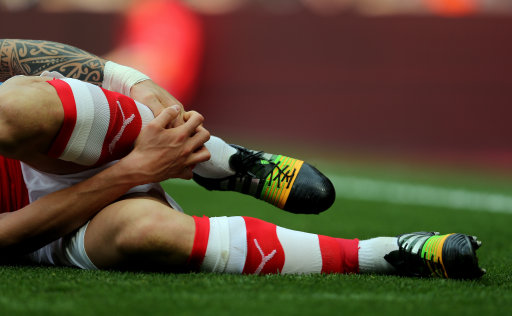 A referee was forced to suspend a cup tie in northern Peru over the weekend after five players went down injured eight minutes from time in a bid to get the game abandoned.

According to the local press, Defensor Bolivar were losing 4-1 in the first leg of the Copa Peru semi-final against Defensor La Bocana on Sunday afternoon and as such, five Bolivar players went down in unison.

With Bolivar already having had two men sent off, the plan was to force the referee into calling the game off with minutes left on the clock (rules state a team must have at least seven men on the field to continue) in a desperate attempt to avoid missing out on reaching the final.

As such, the five players all hit the deck and began writhing around in faux-agony as the clock ticked over into the 83rd-minute, though La Bocana then went and scored a fifth goal as they waltzed past the four remaining upright Bolivar defenders.

With his hand well and truly forced by the underhanded histrionics on display, the referee then abandoned the game.

However, the second leg this coming Thursday is now reportedly in doubt as authorities decide whether to punish Bolivar for their conduct.

Not that it matters, but Pies are definitely voting in favour of punishment on this one.