At the grand old age of 37 (though we’d swear that he’s been 37 for at least the last five years) and after scoring a million goals in a thousand appearances over two spells at the club, Boca Juniors’ veteran striker Martin Palermo played his last ever game at La Bombonera at the weekend.

Boca still have one away game left to play before Palermo officially calls it a day, so the Azul y Oro supporters took the opportunity to wave goodbye to the man they call ‘Titan’ with streams of tears, ticker tape, various banners and flags, a solo harmonica rendition of the Argentinian national anthem and a rather handsome cape… 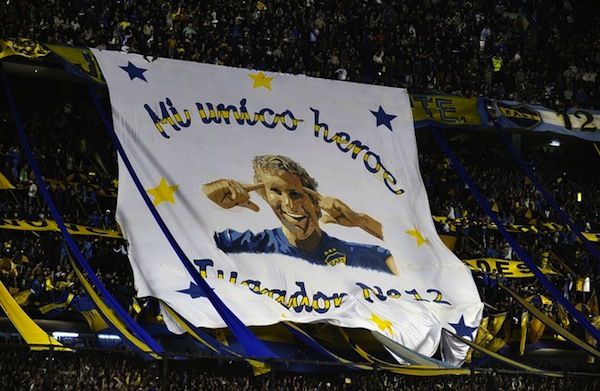 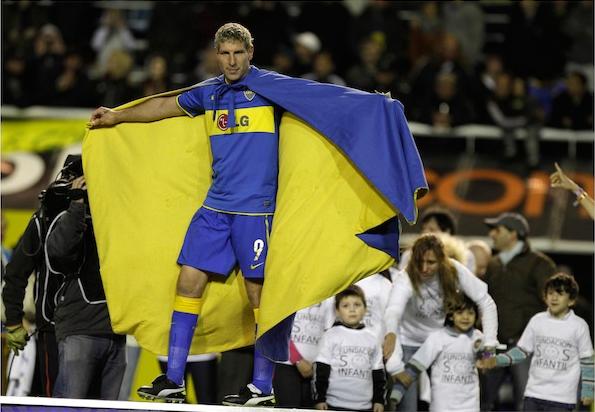 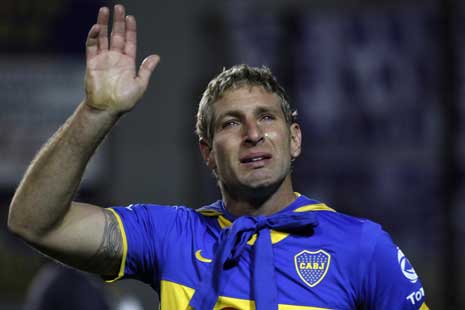 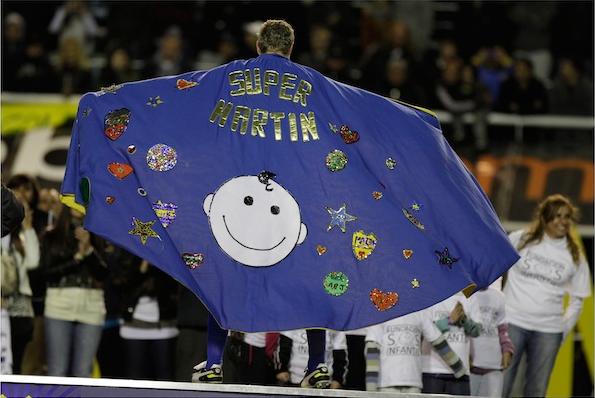 Muchos gracias to Dirty Tackle for the spot/Video: 101GG