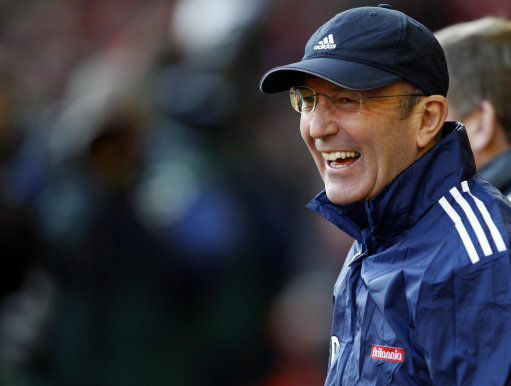 “They only went and bloody fell for it!!!”

Tony Pulis, Stoke City’s tracksuit-wearing purveyor of the not-so-beautiful game has dodged a driving ban after claiming in court that a ban would affect his job with the Potters so much that they could get relegated. And they bought it!

Pulis had been caught doing 96mph in his BMW on the M42 in Warwickshire in November, a misdemeanour which would put him over the 12 penalty-point limit. However, his solicitor, Mike Stephenson, successfully pleaded with the court to go easy on the Welshman, also claiming that Pulis’ work with charities could suffer. Stephenson said:

“They (charities) would suffer if they were relegated as a result — and the children who he would not be able to assist and the people of Stoke could suffer if Mr Pulis lost his licence.”

So despite hitting the 15 penalty-point mark, magistrates in Leamington Spa have allowed Pulis to continue driving, with only a £2,500 fine and court costs of £85 to pay. Justice indeed.