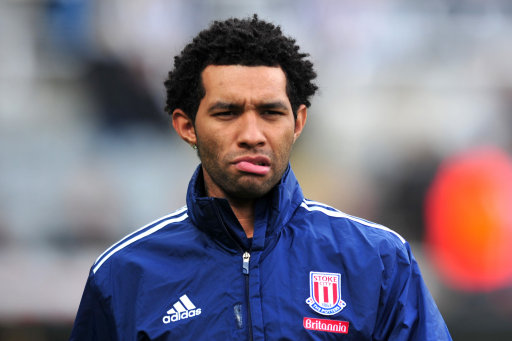 A man with a wrap sheet as long as a Rory Delap throw, Stoke City’s Jermaine Pennant is back in trouble once again after apparently packing quite a lot in to last Sunday night.

While at a nightclub in Manchester at the weekend, he is alleged to have assaulted a woman before later on being  involved in a car crash whilst driving under the influence – which was a 3-in-1 deal in and of itself.

Pennant was charged with drink-driving, driving while disqualified and having no insurance whilst he was bailed pending enquires relating to the alleged assault.

A  spokeswoman from A Greater Manchester Police  said:

“At approximately 3.30am on Sunday April 29 a woman was assaulted at a nightclub on Barton Arcade, Manchester city

centre. A 29-year-old man was arrested on suspicion of Section 47 assault.”

Having a brush with the law is nothing new for the former Notts County prodigy. His big-money move to Arsenal in 1999 eventually led to the youngster being sold by Arsene Wenger after one too many disciplinary ‘issues’.

A number of drink-driving offences followed with Pennant eventually spending 30 days in prison before returning to Birmingham City, where he even played whilst wearing an electronic tag. Later on in his career, while at Liverpool, he got himself into more hot water after a mammoth boozing session on a flight from Spain, a country where he also made a name for himself as a troublemaker in a season at Real Zaragoza.

A product of a very tough upbringing, Pennant has never been able to keep himself out of trouble during a career which has never hit the heights it arguably should have. And at 29 years old, it’s doubtful if he’ll ever change.

Pennant is due to appear at Trafford Magistrates’ Court on the 9th of May for the drink-driving charges.