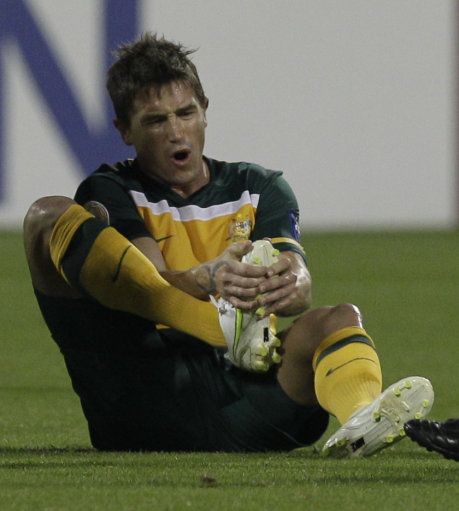 Once a veritable bright young thing of the Premier League, former Leeds United star Harry Kewell has seen his career not quite live up to its initial potential. Now, after leaving Aussie side the Melbourne Victory, the 33-year-old Socceroo is looking for a new club, with Stoke City on his list of potential employers.

Indeed, according to the Herald Sun, the star turned up at the Potters’ training ground for a meeting with Tony Pulis, something which was apparently news to the club itself.  A spokesperson  said:

“He turned up out of the blue, wasn’t expected by anyone, had a five minute conversation with our manager and left”.

Apparently Kewell is back in Blighty to be with his wife, Sheree Murphy, as her mum is ill. So it doesn’t look like he flew all the way back just to pop in to see Mr. Pulis. Still, it all seems quite desperate. And would any top tier club really be willing to take a punt on the veteran attacker?