What with his retiring at the end of the season, the Stoke lads organised a little ‘going away’ present for Michael Owen before yesterday’s game against Tottenham – coating his Merc in a rich, thick batter of eggs and flour… 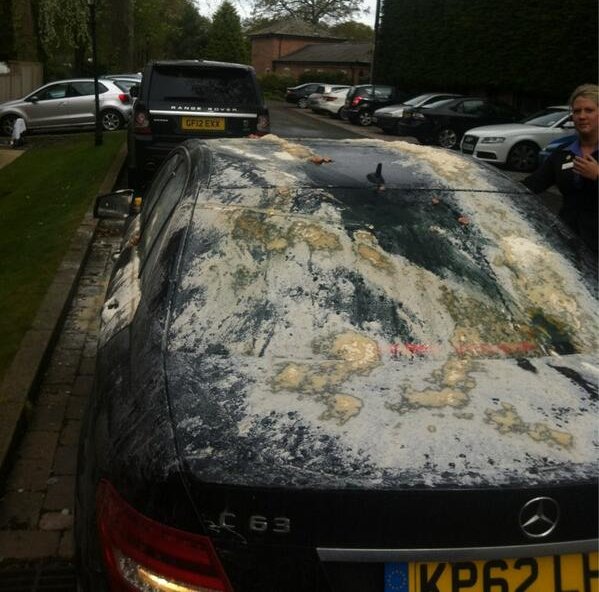 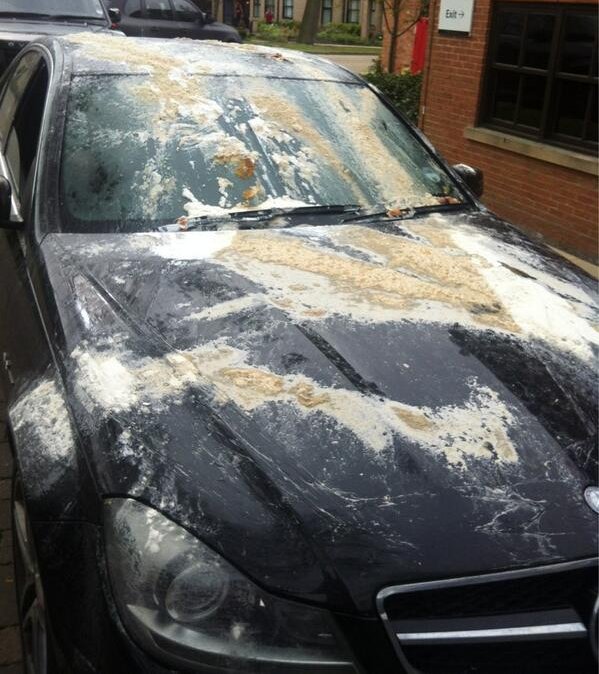 According to the man himself, Dean Whitehead, Glenn Whelan and Robert Huth are the main suspects.

Kenwyne Jones originally posted the photos on Twitter, but you can tell he had nothing to do with it as most of the eggs seem to have hit the target.