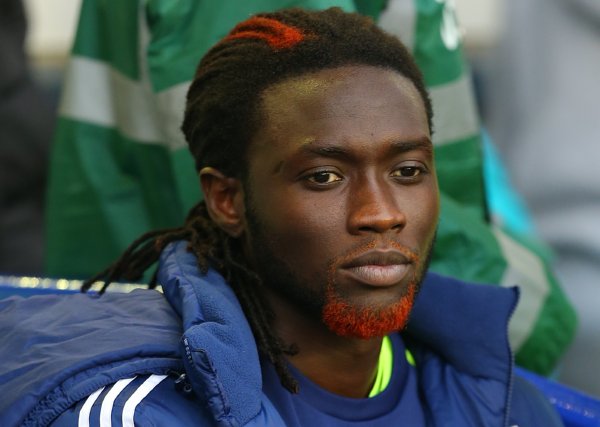 Stoke City have reportedly fined Kenwyne Jones a hefty £80,000 after the cumbersome striker texted manager Mark Hughes to let him know he was unavailable to play against Liverpool last Sunday.

According to the Daily Mail, Jones sent the message to Hughes the day before the game, informing the Potters boss that he did not wish to be considered for selection.

Again according to the Mail, apparently Stoke were unsure as to whether Jones would carry through his no-show threat, but the forward duly failed to attend the team’s pre-match meal at their Clayton Wood training ground.

Unsurprisingly, Hughes was livid at Jones’ conduct and immediately saw that the Trinidad & Tobago forward was fined two weeks’ wages (which, depressingly enough, equates to roughly £80,000), and his only comment to media enquiries after Stoke’s 5-3 defeat was that Jones had been ‘unavailable’.

It is being rumoured that Jones, who only has six months left to run on his Stoke contract, is a £1million January target for Everton – though quite why is another matter entirely.