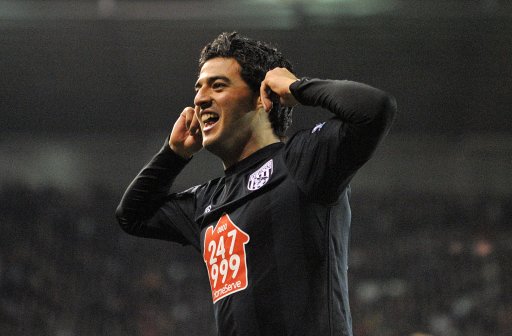 West Brom hauled themselves out of the Premier League’s bottom three last night thanks to Carlos Vela’s late equaliser against Stoke at the Britannia, which was allowed to stand even though the Mexican striker appeared to be lurking in an offside position before he prodded Steven Reid’s cross past Asmir Begovic.

After 53 minutes of largely uninspiring toil, Stoke went ahead through Rory Delap’s close-range header – a goal which seemed to stir both sides into life, with Chris ‘Sweet Left’ Brunt and Jon Walters both putting their opposing ‘keepers through their paces with shots from range.

A goal behind, West Brom had the best of the last half-an-hour, with Graham Dorrans seeing his deflected header saved by Begovic and Marc-Antoine Fortune looping a header onto the top of the crossbar and over.

The Baggies continued to press for an equaliser and were rewarded for their endeavour in the 88th minute, when Vela jumped the gun to poke Reid’s centre past Begovic despite returning from a position that was at least half-a-yard offside. 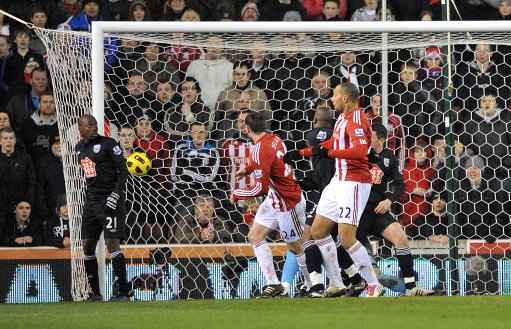 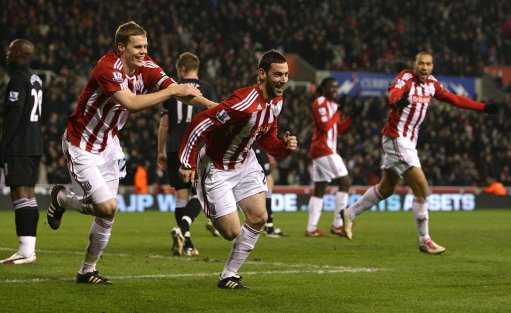 Delap celebrates his second goal of the season 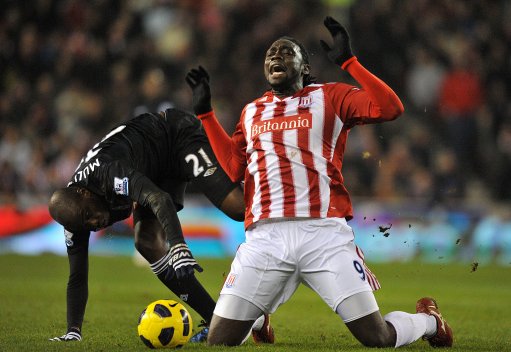 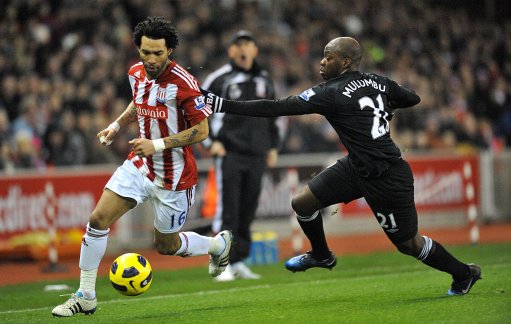 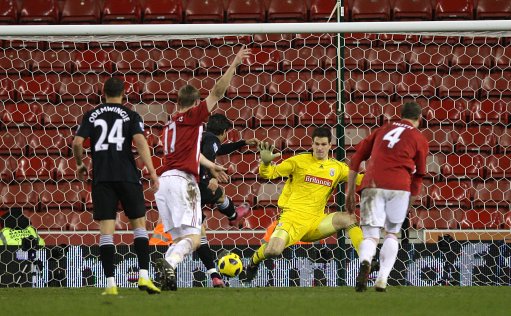 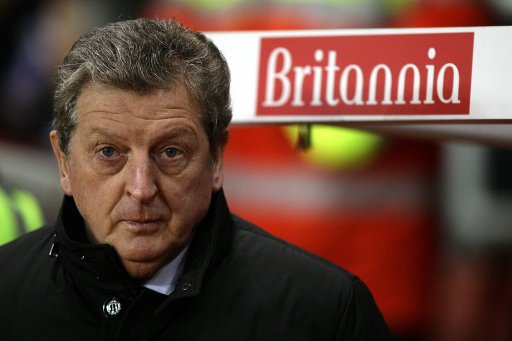 Roy Hodgson is still waiting for his first win as Baggies’ manager, having taken two points from his first two games.