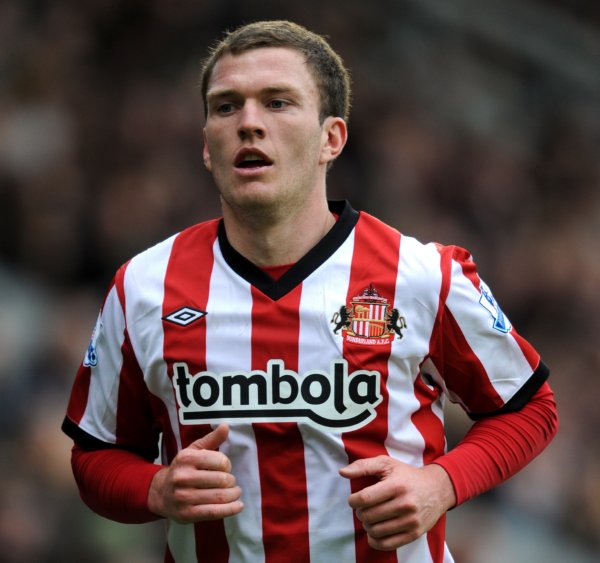 Proving that not all footballers are preening, homogenous, self-obsessed man-toddler/magpies, ubiquitously awash with faddy trinkets and vulgar headphones, under-educated and utterly bereft of anything resembling basic cognitive thought, here’s a little yarn to warm the cockles.

While dining with his family at the Selfridge’s department store in Birmingham, Craig Gardner’s young daughter became transfixed – as kids do – by a two-year old lad with special needs named Danyl Brough who was sitting with his family on a nearby table.

Gardner and his wife went over to apologise to the Broughs for his daughters staring and the two families began chatting about Danyl – who suffers from CHARGE syndrome; a rare genetic condition which has left him with a weak heart, deaf, unable to eat solids and suffering from mobility problems.

When Gardner discovered that Danyl was in need a special harness to allow him to sit up straight and that the Brough’s couldn’t afford the expense, the Sunderland midfielder immediately offered to walk over to the cashpoint and withdraw the money as a gift for Danyl.

“We were having lunch in Selfridges in Birmingham and Craig was sitting nearby. I didn’t even know who he was at first because I don’t watch football. His little girl was interested in Danyl and we got talking. He asked if there were any charities involved with Danyl’s care and we said that [we weren’t receiving any financial support].

“He immediately said he was going to go to the cash point and get the money, £500, out there and then. We had to tell him not to at least four times before he would listen. He was wonderful. He was so caring. He meant everything he said. We just feel so incredibly lucky.”

Gardner, who later contacted the Broughs and finally convinced them to take the money, said:

“We were in the restaurant and my wife and I were both extremely moved by Danyl’s plight. They are such a lovely family and I thought if there was anything we could do then we should. I wish them all the best and hope the equipment will go some way to making Danyl’s life a little easier.”

Word is that Meryl Streep is already lined up to play Gardner in the movie adaptation. Bravo Sir, bravo!