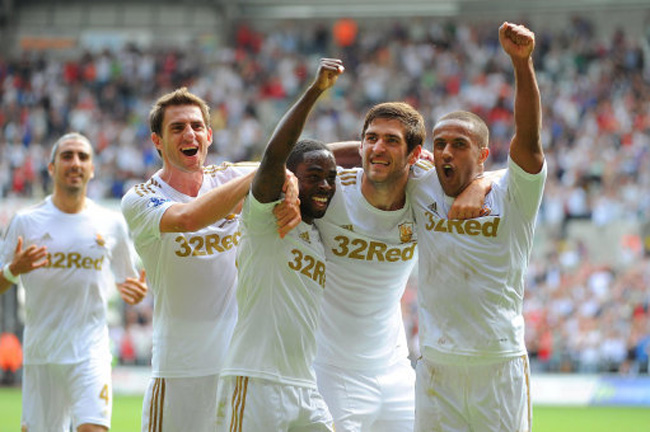 Steven Fletcher celebrated his debut for Sunderland with a fine brace which would ultimately earn the Black Cats a creditable share of the points at the Liberty Stadium.

The £14million striker opened the scoring on 40 minutes, captialising on a mistake by Ashley Williams before curling the ball past Michel Vorm in the Swansea goal. However, just five minutes later, winger Wayne Routledge levelled the scores after good work from Nathan Dyer.

Swansea’s Neil Taylor was then stretchered off with a broken ankle, while in the added time just before the break, Fletcher then doubled his tally, prodding home after a cross from Seb Larsson.

However, just after the hour mark, in-form midfielder Michu netted again to give the Swans a share of the points.

Oh, and Swans’ defender Chico was given his marching orders for a bizarrely high challenge on Louis Saha which saw the defender catch the Sunderland striker on the ear with his studs.