Sunderland have unveiled their new coach/possibly facist-sympathising bogeyman at their “Academy of Light” (clever) training ground this morning, which entailed all the various shirt, scarf and football alofting that one has come to expect of these kind of things… 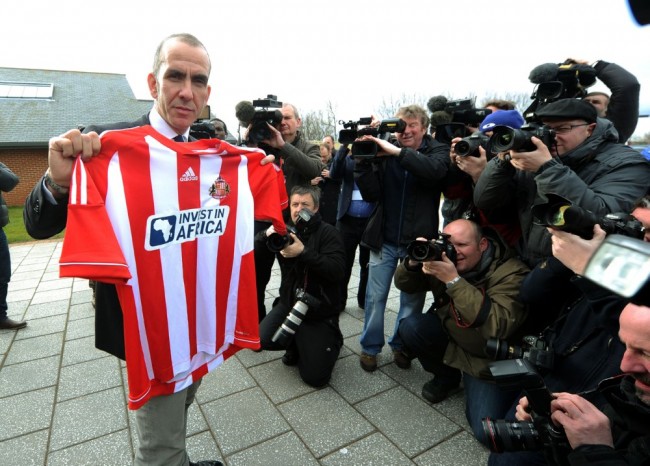 Unsurprisingly, Mussolini fanboy Di Canio refused to answer any questions about his political bent during his maiden press conference, calling the controversy surrounding his appointment at Sunderland as “ridiculous and pathetic”.

Call it female intuition, but we don’t reckon he’s going to last very long on Wearside.