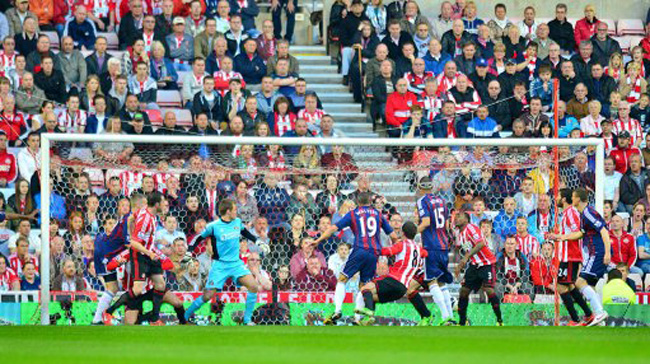 Paulo Di Canio’s Black Cats fought back from both a goal and a man down to secure a well-earned point against Stoke on Monday night.

Sunderland were hoping for a win to take them five points of the drop-zone, however, an early Jonathan Walters goal put the Potters a goal up after just nine minutes. Then, just after the half-hour mark, things went from bad to worse for the home side, when Craig Gardner was (correctly) sent off for a studs high challenge on Charlie Adam.

Things were looking grim for Sunderland, but with the Stadium of Light crowd behind them, they rallied after the break and were eventually rewarded when John O’Shea fired home from close-range on 63 minutes. Indeed, Danny Rose almost gave the home side the win, only for his effort to hit the outside of the post.

The draw sees Di Canio’s charges move three points clear of 18th-placed Wigan, although the Latics do have a game in hand. While Stoke stay 11th.