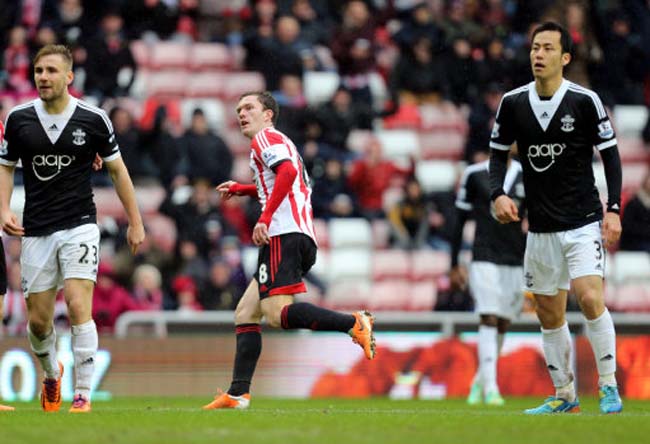 A superb strike from Craig Gardner was enough to earn Sunderland a place in the Fa Cup quarter-finals against a rather limp Southampton side. Rickie Lambert did miss a right sitter for the Saints but overall Gus Poyet’s side deserved the win, played at a half-empty Stadium of Light.

Much was made in the media of Saints’ boss Mauricio Pochettino’s decision to put out an apparently weakened side, but give or take three or so players, this was still a very very strong Southampton side while Sunderland boss Poyet also made a fair few changes himself. Pundit piffle as usual!