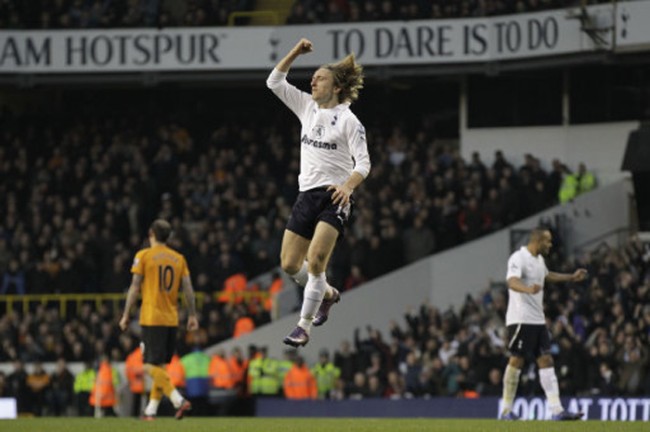 Much has been written and spoken in recent weeks about Tottenham’s title burgeoning title credentials. However, against Wolves at White Hart Lane, the Lilywhites somewhat struggled to live up to the hype, producing a disappointing display in front of their home fans.

Wolves came to the Lane with good memories of north London, having recently secured a superb 1-1 draw at Arsenal. In Steven Fletcher, they have one of the top division’s most in-form strikers, while in Gunners’ loanee Emmanuel Frimpong, they have a dynamic, if raw, midfield powerhouse.

Indeed, it was Scottish international Fletcher who opened the scoring for the visitors, netting from close-range on 22 minutes after a corner. The goal, which came against the run of play, was controversial to say the least, as replays showed that the initial corner should never have been given.

Spurs pressed for the equaliser, but couldn’t find a goal until after the break, when Croatian schemer Luka Modric fired home from the edge of the penalty area. However, the home side couldn’t complete the comeback against a Wolves side which defended superbly.

That draw means that Spurs miss out on the chance to go level on points with the two Manchester sides, while for Mick McCarthy’s Wolves, it was another valuable point in their slow, but steady climb up the table.