A tackle, it’s perhaps worth noting, that apparently didn’t merit any form of punishment for BAE from either the referee at the time (as the blood sopped through the Argentine’s sock) or the FA’s disciplinary committee? This stomach-churner…

“Couldn’t have been that bad,” I hear you cry. “The FA would have banned Assou-Ekotto if it was,” I hear you add in addendum.

To that end, I present you with Exhibit A; the photo Di Santo has since posted on his Facebook page – showing the full extent of his mangled shin after the game.

Be warned. ‘Tis a bloody aftermath and not for the eyes of those who can’t get through an episode of Holby City without parting ways with their lunch. In short, it ain’t pretty… 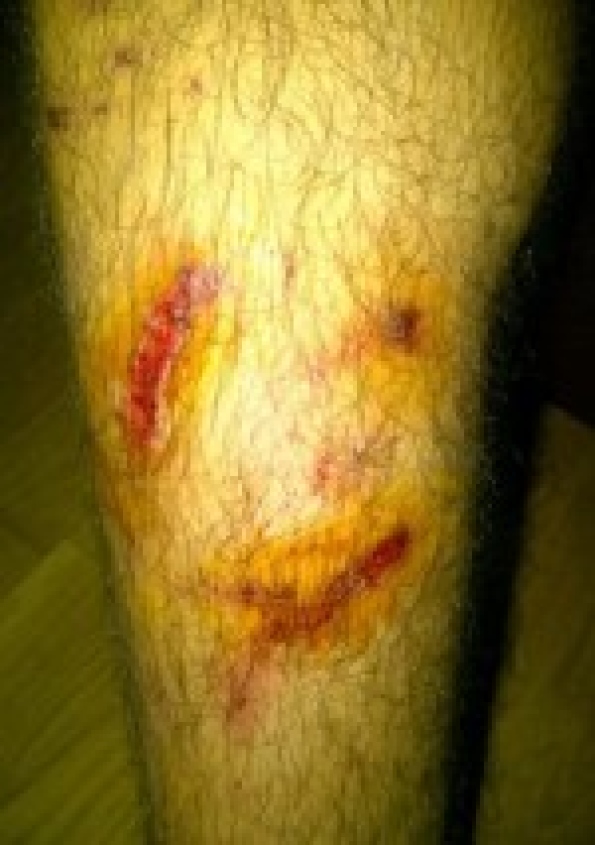