It took a cool £8 million to get the case to this stage, where a joyful and relieved Harry Redknapp walks free from Southwark Crown Court and back to Tottenham and their title charge. Hardly a sensible use of money, but hey-ho – at least it’s all been squared away with Her Majesty… 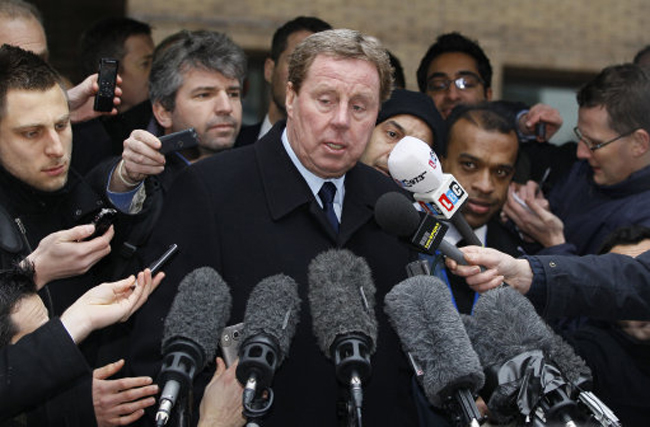 While Arsenal fans will no doubt be crying into their free-trade cappuccinos, Sky Sports News will be breathing a quiet sigh of relief.

Redknapp is their favourite go-to-guy for a quick quote on pretty much anything, and by dodging time in the nick, he is thus once again ready to roll down his car window whenever – and I mean whenever called upon by a roving Sky reporter.

Arry’s back on the scene. Thank God for small mercies, eh? Seems like the ‘I’m well stoopid and I does sometimes write like a two-year old’ defence actually worked!