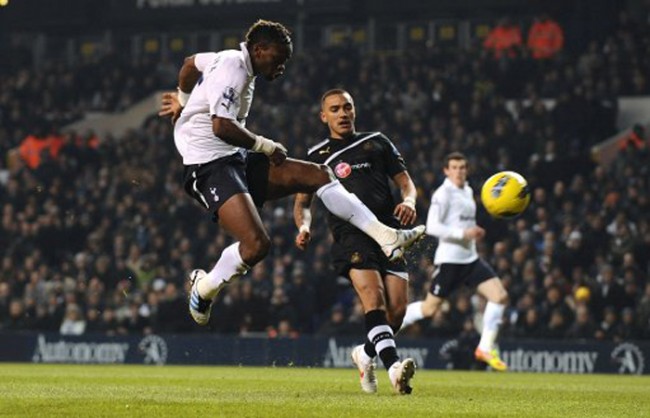 Harry Redknapp’s charges gave their boss the perfect homecoming present, as they presented their exhonerated manager with a superb 5-0 win against Newcastle.

It has been some week for Redknapp, who is clear favourite to take the England job. However, after watching his side tear the Magpies apart with a superb dsplay of fluid attacking football, one wonders if the former Portsmouth boss will want to leave White Hart Lane at all.

Former Arsenal man Emmanuel Adebayor was the architect of the victory, providing four first-half assists before finally getting on the scoresheet himself after the break. New signing Louis Saha immediately clicked with his Togolese strike partner, netting twice in the first 20 minutes after Benoit Assou-Ekotto had opened the scoring on just four minutes.

Newcastle simply couldn’t live with Spurs, who knocked the ball around with precision and speed in a magnificent performance. Niko Kranjcar netted the Lilywhites’ fourth, just after the half-hour mark, while the visitors rarely threatened Brad Friedel’s goal.

After the break, Adebayor finally got on the scoresheet, courtesy of a superb swivel and volley while Demba Ba did his best to get the Magpies a consolation strike, only to be denied by Friedel on more than one occasion.

So Spurs keep the pressure on the two Manchester sides, while Alan Pardew’s Newcastle are finding out just how tough it can be at the top (or at least in the top six).