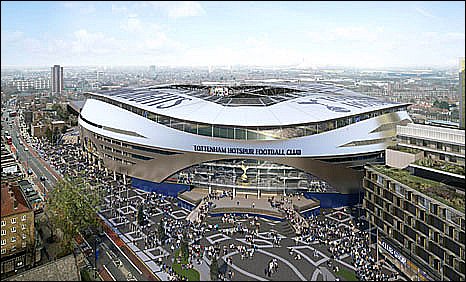 A key pledge in Spurs’ original deal with Haringey Council to build a new stadium in Tottenham has been torn up after the both parties agreed to abandon a promise by the club to invest around £16 million in the local community, much of which was badly hit by this year’s riots.

Tottenham have claimed that, in order to fund their new £400 million stadium, they will have to cancel that £16 million fund which was originally put in place to pay for a regeneration package of affordable homes and donations to local schools. Now, after a meeting on Monday night, the Council have agreed to forget the deal and allow Spurs to renege on providing housing for low-paid workers in the area. Spurs will also dodge paying a whopping £13.3 million for improving Tottenham Hale station, with taxpayers stumping up the money instead.

“(The money) was being used to prop up a commercial development. The council seems to have failed to get a good deal for residents.”

“All major regeneration projects require a level of public sector support, especially in areas with such high levels of deprivation and need.”

Surely, despite the massive costs, providing at least some social housing in such a deprived area should have been a deal-breaking part of any project in the area?