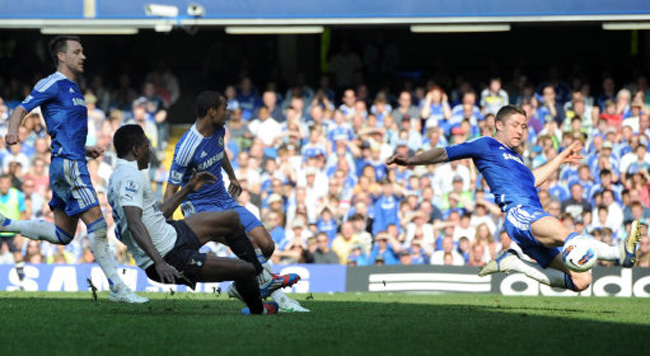 Chelsea failed to make up any significant ground on the top four at Stamford Bridge on Saturday after struggling against a Spurs side who would have been more deserving of the win.

Indeed, it took the Blues over 70 minutes to even get a shot on target in a game which failed to really come to life until late on.

Juan Mata did strike the post with a fabulous free-kick in the second-half but the visitors, eager to get back in front of rivals Arsenal in the table, looked the more likely to score as the game entered its final stages. Gareth Bale saw a header come back off the bar while Emmanuel Adebayor rounded ‘keeper Petr Cech only to see Gary Cahill stop his shot from ending up in the back of the Blues’ net.

While Tottenham stay in fourth, Chelsea are now a worrying five points off a Champions League berth.