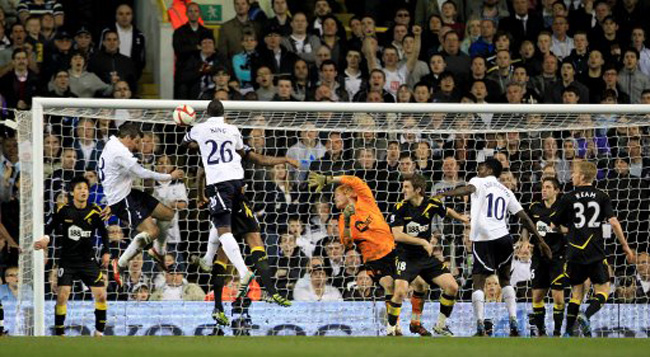 On a night when the miraculous work of the medical teams of both clubs (and the emergency services) in treating Fabrice Muamba were given the respect and applause they so deserve, the two sides played out a decent game to find out who would face Chelsea in the FA Cup semi-finals.

The unlikely hero of the cup clash was none other than Kiwi defender Ryan Nelsen who finally opened the scoring with just 15 minutes go, heading home from a Rafa Van der Vaart corner. Prior to that, the home side had totally dominated proceedings, but between the posts for Bolton, Adam Bogdan stood firm, making save after save as Spurs pushed forward time and time again.

However, after Nelsen’s opener, goals from the superb Gareth Bale and sub Louis Saha secured a deserved win for the home side. Kevin Davies did bag a consolation goal for the visitors, but ultimately it was Spurs who booked their place in the last four of the Cup.