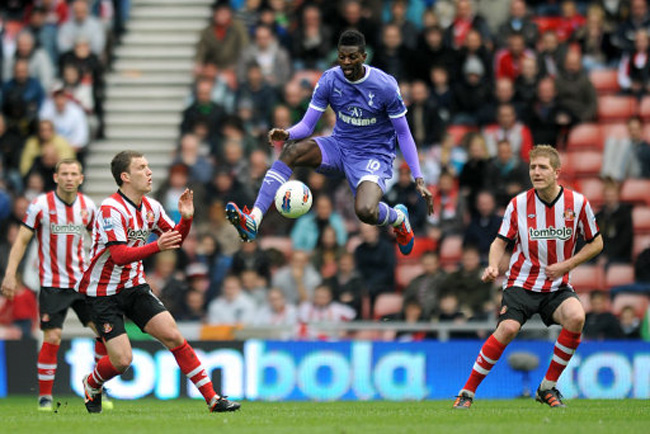 While a point away at the Stadium of Light is nothing be be ashamed of, Tottenham’s failure to secure all three leaves their Champions League hopes still very much hanging in the balance.

The Lilywhites dominated much of the possession, but failed to really trouble Simon Mignolet in the Black Cat’s goal. Benoit Assou-Ekotto came closest to opening the scoring in the first half, only to see his long-range strike whistle past the post.

After the break, the home side started to get into the game, with Stephane Sessegnon and James McClean dangerous on the break. However, ultimately, neither side could break the deadlock in a draw which sees Spurs move one point ahead of rivals Arsenal, albeit with a game extra played.

Martin O’Neill’s Black Cats find themselves in ninth place while for Harry Redknapp, the battle for a Champions League place looks like going all the way to the final day of the season.