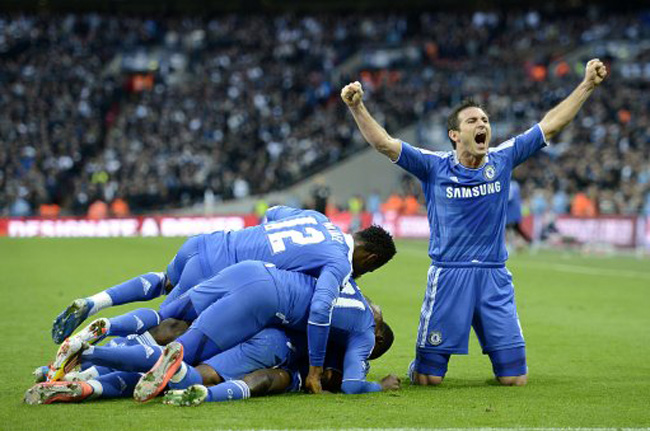 Another game today featuring a rather controversial decision, this time courtesy of a goal that never was. With Chelsea 1-0 up after a superb Didier Drogba strike in the first-half, Juan Mata put the Blues 2-0 up just after the break. However, replays showed that the Spaniard’s prodded effort was blocked on the line by Benoit Assou-Ekotto. Despite protests from the Spurs players, the goal was given, which gave the Lilywhites a mountain to climb.

Gareth Bale did bag a goal soon after but then the west Londoners blitzed their metropolitan rivals with three more goals, courtesy of Ramires, Frankie Lamps and Florent Malouda, to eventually run out 5-1 winners.

A terrific result for Roberto Di Matteo’s men and a painful one for Harry Redknapp and co. Cue more goal-line technology debates.