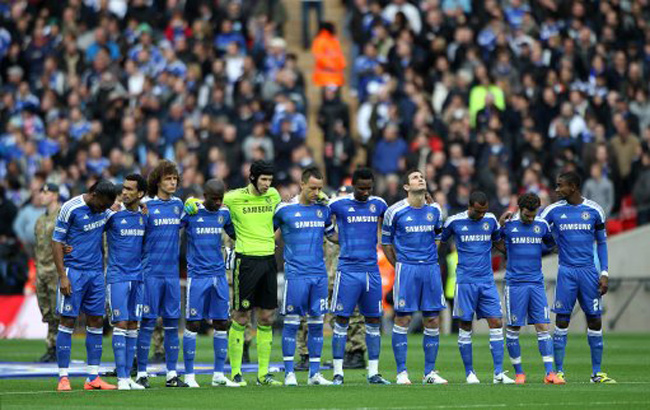 Now let’s be very clear about this, it was only a small minority of Chelsea fans who behaved in an utterly despicable way before the FA Cup semi-final at Wembley. However, their actions won’t have done the often negative image of Blues’ supporters any good at all.

During the minute’s silence, which was in remembrance both of the victims of the Hillsborough tragedy and Piermario Morosini who died yesterday, a section of Chelsea fans booed with some even shouting “murderers”.

To be fair, the vast majority of Chelsea fans who condemned the booing must be applauded also.

Very little more needs to be said really. Except, those fans who behaved so horribly – you know what you are.