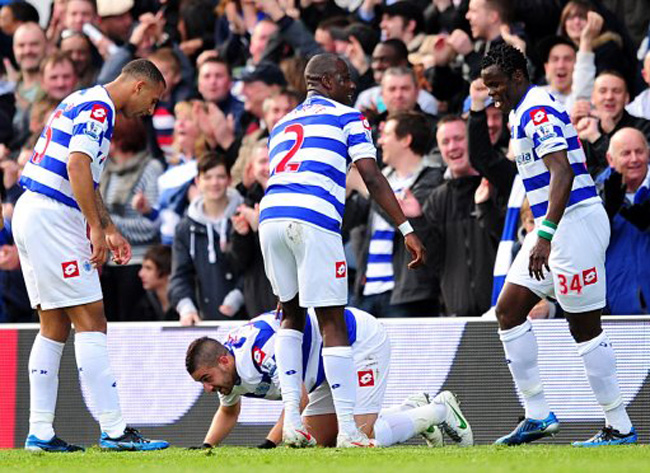 Once touted as genuine title contenders, Spurs will be now be more than happy if they manage to bag a Champions League spot this season.

The Lilywhites’ capitulation continued at Loftus Road in Saturday’s late game, as the home side battled for a vital win which moves them three points clear of the drop-zone.

Goal-hero for QPR was none other than Tottenham old boy Adel Taarabt. The Shisha-smoking schemer struggled to make a name for himself at White Hart Lane, but is finally starting to make the most of his talent.  The Moroccan international outfoxed ‘keeper Brad Friedel with a clever free-kick on 24 minutes,  to register the only goal of a tense London derby.

Harry Redknapp’s out-of-form side pushed for an equaliser and when Taarabt was sent off for a second yellow after the kicking the ball away late on, the visitors sensed a goal. However, Jermain Defoe missed two great opportunities while Gio Dos Santos was denied an equaliser by Paddy Kenny.

Mark Hughes’ stay clear of the bottom three while Spurs are now in fifth, three points behind Newcastle.