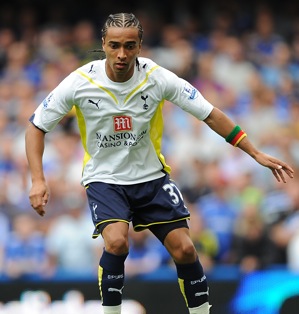 After Tottenham’s abject performance at the Lane against Wolves, a home fan shouted “You’re shit!” at Spurs full-back Benoit Assou-Ekotto, prompting the player to angrily confront the abuser, albeit quarter-heartedly when compared to King Eric’s magnificent kung-fu attack.

An eyewitness said: “The fan just leaned over and shouted ‘you’re sh*t’.

“It was no more offensive than that – and it was fair after the way he had played.”

E-K is not the worst full-back in the Prem, but neither is he the most convincing. And, as this fan rightly pointed out, sometimes he does do a good impression of a player who is a bit shit.