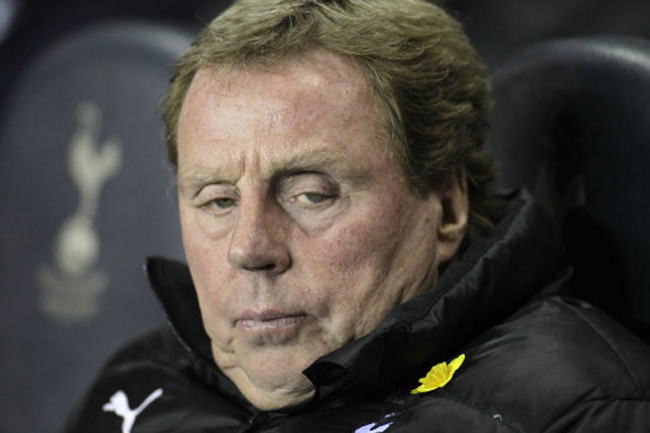 Not only did Harry Redknapp miss out on the England job, but now he’s without a job full stop. Rumours had been circulating for days and weeks concerning Redknapp’s future at White Hart Lane with the relationship between ‘Arry and Spurs chief Daniel Levy said to be rather stormy.

However, Redknapp had consistently denied  that he was on the way out at White Hart Lane. But now, it has emerged that the former West Ham boss has parted company with Tottenham after failing to agree a new deal. Although, according to some media sources, it was a less amicable departure with Redknapp actually getting the sack.

While ‘Pies will no doubt be taking a respectful look back at the life and times of Mr. Redknapp and Spurs very soon and analysing his departure from the north Londoners in more detail, for now (it’s bloody late and I’m tired) we ask you just who do you think will be the next Tottenham boss? Is Dortmund genius Jurgen Klopp a realistic option? Or what about Pep Guardiola? Or will it be Clive ‘shake my hand’ Allen who gets the nod? (it won’t be him)