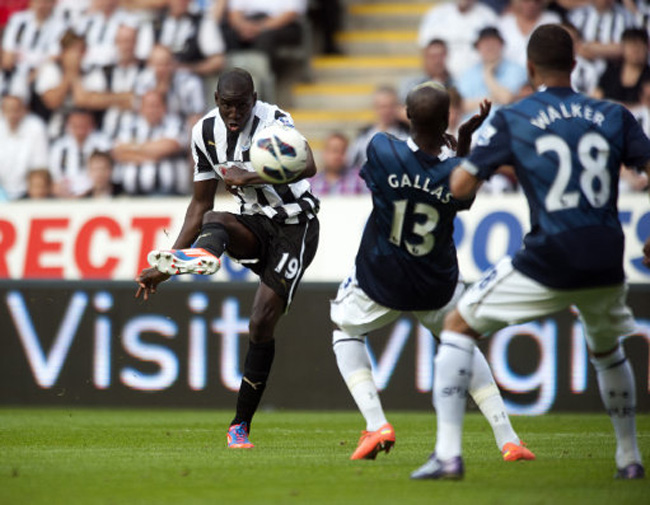 Demba Ba finally ended his goal drought for Newcastle on Saturday, courtesy of a superb curling effort. The Senegal striker had struggled to find the net ever since his fellow countryman Papiss Cissé had joined the club, but on 54 minutes, the attacker produced a moment of sublime skill to beat Brad Friedel in the Spurs goal.

Andre Villas-Boas’ first game of the new league season say his side impress in the first-half, with Defore and Bale both hitting the woodwork,  but it took until the 76th minutes for the north Londoners to get on the scoresheet, courtesy of Jermain Defoe.

However, with the game heading for a draw, Aaron Lennon fouled Hatem Ben Arfa in the box, with the French wingman converting the resulting spot-kick.

Oh, and Alan Pardew, a man whose fake smile can’t hide the angry man inside, was sent to the stands for pushing the lino!

Not the best start for AVB, who needs to seriously strengthen his side’s attack if they are to challenge for the top four this term.