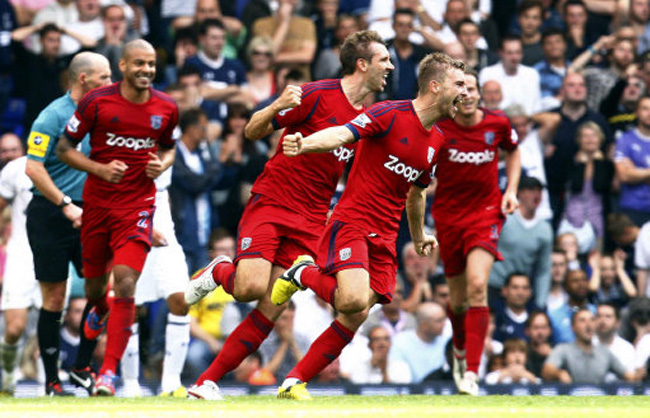 Benoit Assou-Ekotto had given the Lilywhites the lead on 74 minutes after the home side had created a decent amount of chances. The full-back’s goal, a defelcted long-range effort, looked to have won the game for Spurs. However, with only seconds remaining, midfielder James Morrison fired home to give the Baggies a valuable away point.

Prior to that dramatic equaliser, Steve Clarke’s side had threatened Brad Friedel’s goal, with sub Romelu Lukaku proving a real handful for the Tottenham backline.

So AVB still awaits for his first Premier League victory with Spurs while Steve Clarke continues to impress with his new side.