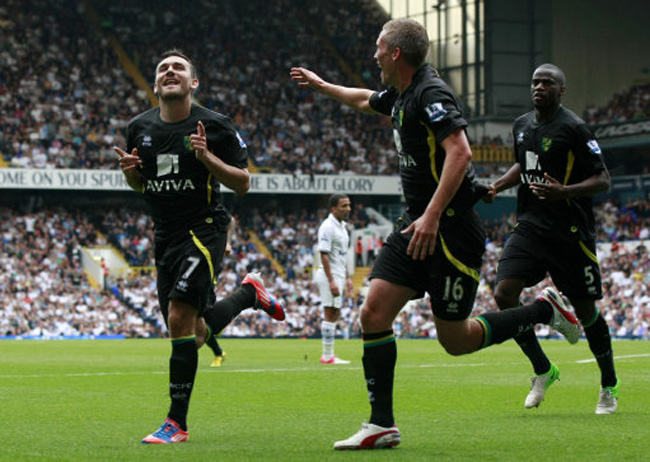 It looked like being the dream start of new Spurs man Moussa Dembélé, after the Belgian opened the scoring on his debut for the Lilywhites. However, visitors Norwich had worked hard all afternoon and were rewarded for their graft with a late equaliser, courtesy of former Leeds man, Robert Snodgrass.

It took a rather lacklustre Spurs until the 68th minutes to finally get on the scoresheet, when sub Dembélé twisted and turned in the box before firing home past John Ruddy. However, with only a couple of minutes left, Snodgrass fired home through a crowd of players to secure a fine draw for former Spurs star Chris Hughton and his team.

Andre Villas-Boas will be hoping that his luck starts to change soon or it could be a rather tricky season for the Portuguese tactician.