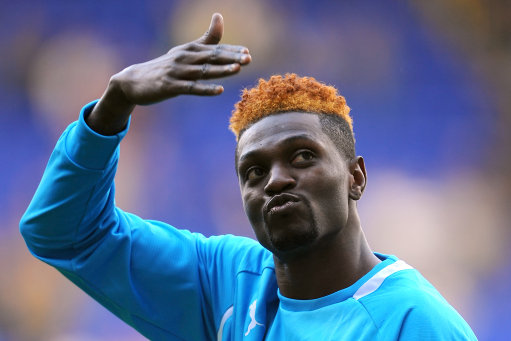 “Today I are mostly wearing live coral reef on my head”

Emmanuel Adebayor has done the decent thing and offered to personally refund any Tottenham fans who bought his replica shirt with the number ’25’ on the back this summer (as announced in the Spurs’ official squad numbers for 2012/13) before the gangly striker made a late switch back to the vacant number ’10’ shirt at the eleventh hour – the number he wore while on loan at the Lane last season.

“The number 10 is a special number for me and so when it became available I asked if I could change and the Club were happy to accommodate me.

“But they were conscious that a number of fans had already purchased their new shirt with the name and number printed on the back, after the squad numbers had been officially submitted ahead of the start of the season.

“I am very proud that Spurs fans want to have my name and number on their shirt and I didn’t want them to be inconvenienced by this change. Therefore, I’m very happy to cover the cost to enable those fans to exchange their shirts – for an Adebayor 10!”

Seem to recall Nicklas Bendtner making a similar gesture to the Arsenal fans a couple of years ago when he switched from number ’26’ to ’52’. We assume the payout was minimal as who the hell would want to publicly fess up to owning a Nicklas Bendtner replica shirt?