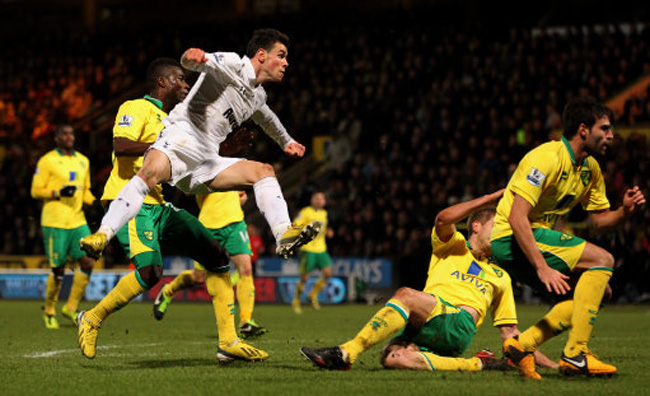 A superb solo effort from Gareth Bale, which saw him start off in his own-half, gave Spurs a share of the points at Carrow Road on Wednesday night.

Norwich, currently enduring a poor run of form, were a much improved side against the Lilywhites and took a deserved lead on the half-hour mark, courtesy of Irish schemer Wes Hoolahan.

After the break, AVB’s side upped the tempo, with new-boy Lewis Holtby coming off the bench midway through the second period. However, it was Bale who would steal all the headlines with a superb effort on 80 minutes. Running from his own half, the Welshman surged forward  before finding the back of the net with a superb effort. And that was that.

The result sees the Lilywhites stay four points behind Chelsea while Chris Hughton’s Canaries are now in 14th spot.