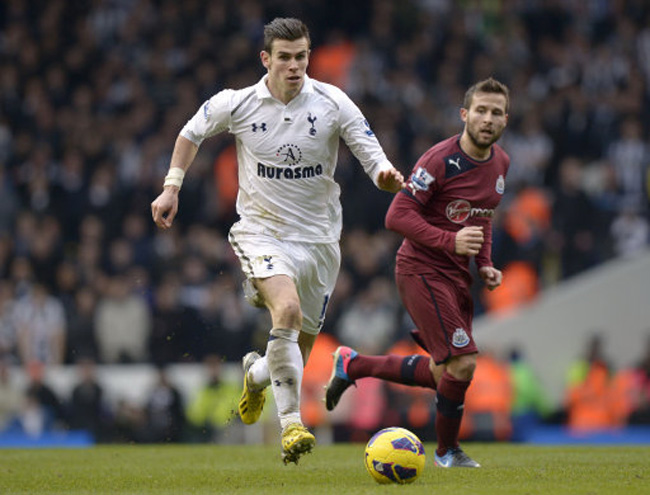 Gareth Bale is doing for Tottenham what Robin Van Persie did for Arsenal last season; that is, almost single-handedly keeping them on course for a Champions League berth.

Against Newcastle on Saturday, the winger bagged a brace, the first coming courtesy of a superbly struck free-kick after just five minutes and the second late on, after a long ball from Kyle Walker.

Sandwiched in between those Bale goals was a strike from Newcastle new-boy Yoan Gouffran on 24 minutes. However, the French attacker was forced off with injury early in the first-half, as the home side went on to secure a vital three points which keeps them comfortably in fourth spot.

Alan Pardew’s Newcastle, on the other hand, are now six points above the drop-zone.