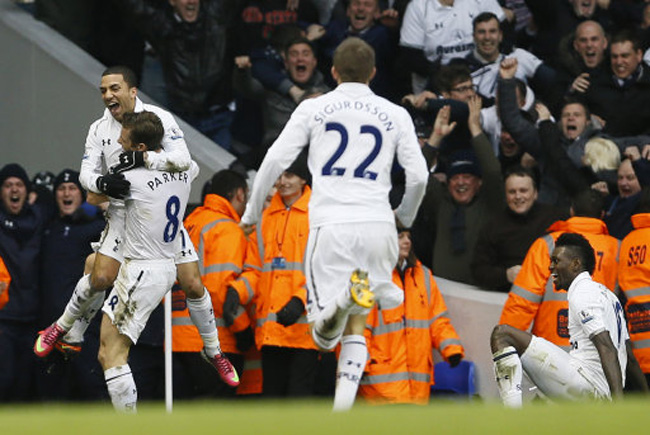 In beating rivals Arsenal on Sunday afternoon, Spurs moved a step closer to securing a place in next season’s Champions League as well as moving seven points clear of the Gunners.

To their credit, the Gunners started the game well, but it would be yet two more trademark defensive lapses which would hand the game on a plate to the Lilywhites. Firstly on 37 minutes, a simple ball from Gylfi Sigurdsson split the Arsenal backline far too easily, with Gareth Bale firing past Wojciech Szczesny. And then, just two minutes later, Arron Lennon scored an almost carbon copy of the first goal, with the Arsenal defence left embarrassingly exposed.

After the break, the visitors rallied and were rewarded with a Per Mertesacker goal early on, when he headed home a Theo Walcott free-kick. But the Gunners failed to build on that goal, with Aaron Ramsey guilty of a poor miss. Spurs, on the other hand, continued to threaten and creating numerous chances to put the game out of their rivals’ reach but ultimately, it would end in a precious home win.

Tottenham go third, seven points clear of Arsenal in fifth who look in serious danger of missing out on a top four finish.