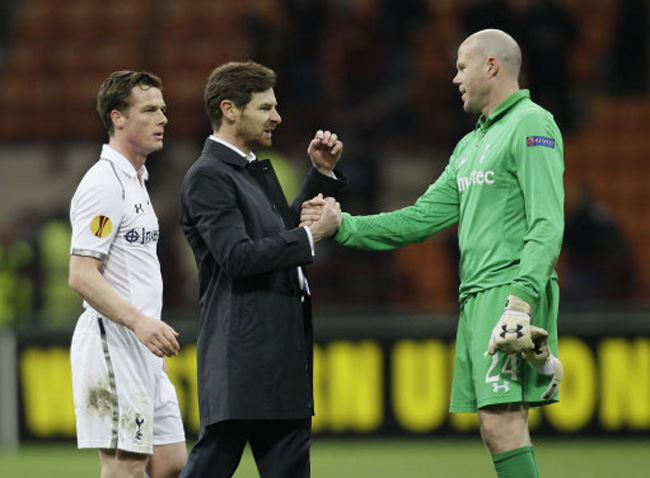 Tottenham survived a superb Inter Milan assult at the San Siro to eventually come out on top in the tie courtesy of away goals.

Emmanuel Adebayor, a player who has endured a difficult season with Spurs, was the goal-hero for the north Londoners, netting a precious away goal in extra time after goals from Antonio Cassano, Rodrigo Palacio and a William Gallas own-goal had seen the home side get back on level terms.

After Adebayor’s goal, Ricky Alvarez struck back for the Serie A giants but ultimately it wasn’t enough for the home side as Spurs progressed on away goals.

It was always going to be difficult for a Spurs side shorn of man-of-the-moment Gareth Bale, who was suspended, and right enough, Inter had the better of things for long periods of the game.

However, that goal from ex-Gunner Adebayor was enough to see off the challenge of the Nerazzurri and put the north Londoners through to the last eight of the competition.