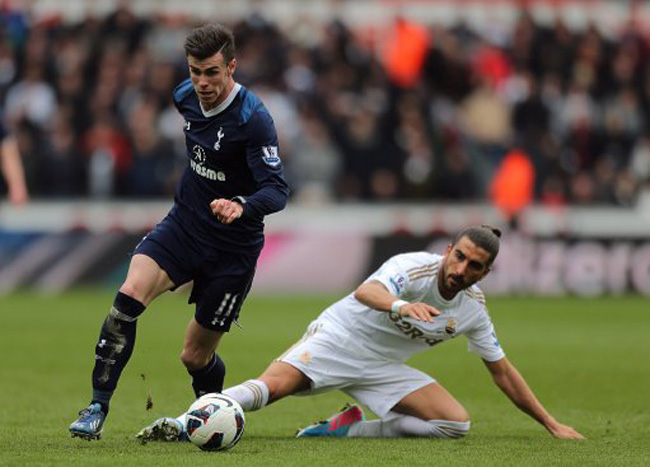 Tottenham remain on course for a Champions League berth after an impressive victory at the Liberty Stadium.

Two of the stars of Spurs’ season so far, Jan Vertonghen and Gareth Bale were the scorers for the north Londoners, with the Belgian defender surging out of defence to net a fabulous opener on seven minutes before Bale bagged yet another cracker from outside the box on 21 minutes.

After the break, the Swans battled back with Michu scoring with 20 minutes to go, but the visitors ultimately held on for a deserved and vital victory in the race for Europe.