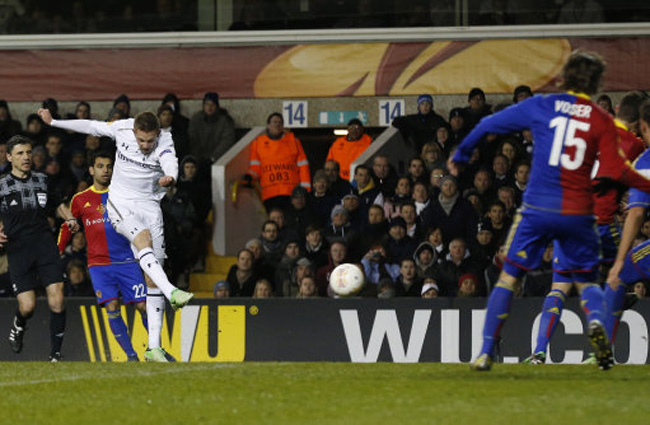 Spurs came from 2-0  down to secure a disappointing 2-2 draw against Basel at White Hart Lane on Thursday night, leaving them with a lot still to do if they are to progress to the last four of the Europa League. However, it is the injuries to Aaron Lennon, William Gallas and, most worrying of all for the north Londoners, Gareth Bale, which could prove to be the real story of the night.

Goals from Valentin Stocker on 30 minutes and Fabian Frei, five minutes later, had put the Swiss champions two-goals up to stun the home crowd. However, Emmanuel Adebayor’s volley before half-time put the home side right back in the game before the break. And then, just before the hour-mark, Gylfi Sigurdsson equalised, courtesy of a deflected effort.

Bale’s injury came late on when he landed badly on his ankle and had to be stretchered off. Lennon also had to go off in the first-half with an injury while Gallas limped off in the second-half to leave his side down to 10 men.

While the nature of the comeback will have impressed AVB, the potential repercussions for the Lilywhites’ top four tilt could be massive. All eyes will be on the diagnosis of Bale’s injury now.