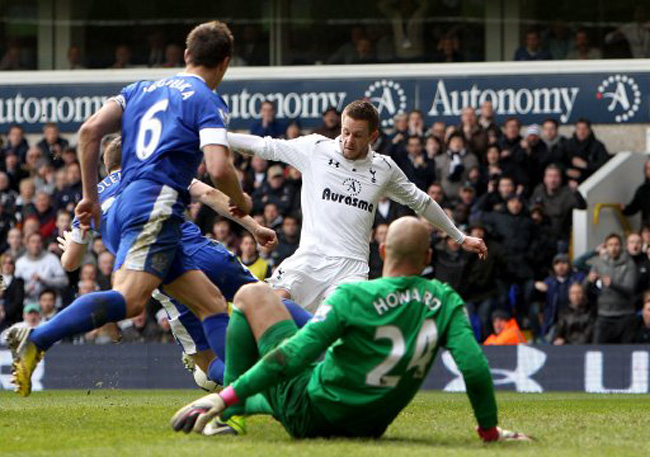 A Gareth Bale-less Spurs could only draw against Everton on Sunday, with the Toffees still hoping for a top-four finish themselves.

Emmanuel Adebayor netted in the first minute to give the home side the perfect start, but without Bale and Aaron Lennon, the Lilywhites struggled to build on that lead. Indeed, it took for 14 minutes for Phil Jagielka to level the scores before Belgian attacker Kevin Mirallas put the Toffees 2-1 up on 53 minutes.

The goal set up a dramatic final period of the game, with Tottenham going close on a number of occasions although Victor Anichebe had a great chance to score himself, only to be denied by Hugo Lloris. Eventually the goal did come, courtesy of Gylfi Sigurdsson on 87 minutes who poked home after Adebayor had hit the post.

The point sees the north Londoners stay fourth, but they are now just two points clear of Arsenal, having played a game more.