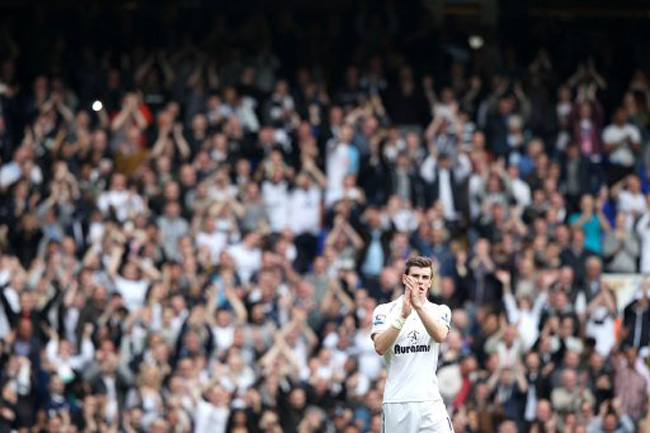 Man City all but surrendered their ailing title defence against Spurs on Sunday, throwing away a one-goal lead late on ultimately lose 3-1.

Samir Nasri had opened the scoring on five minutes and for the majority of the game the visitors looked in control. However, in seven second-half minutes (between 75 and 82 mins), Clint Dempsey, Jermain Defoe and Gareth Bale all netted to give the home side a vital 3-1 win as the visitors collapsed.

Man Utd can now secure the title on Monday against Aston Villa while Spurs go fifth, two points behind third-placed Arsenal, but with a game in hand.