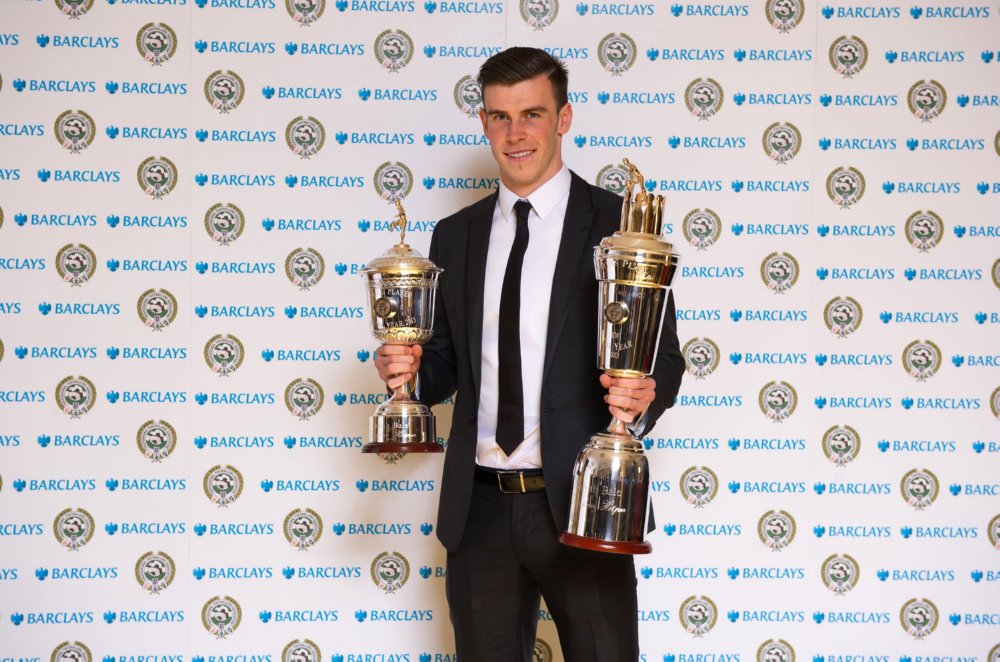 Late last night, Tottenham talisman Gareth Bale won both PFA Player of the Year and PFA Young Player of the Year at the Grosvenor House Hotel, becoming only the third player ever to do, the other two being Andy Gray (1976/77) and Cristiano Ronaldo (2006/07).

“It’s a massive honour,” said Bale. “To be voted by your peers is one of the biggest things in the game.”

The audience, made up of professional footballers and other guests, reportedly booed Luis Suarez’s name both times it was read out, first as part of the PFA Team of the Year and secondly when he finished runner-up to Bale in the standings for the Player of the Year award.

Speaking of the Team of the Year, here it is…

Arsenal Ladies midfielder Kim Little (not to be confused with L’il Kim) took the female equivalent.