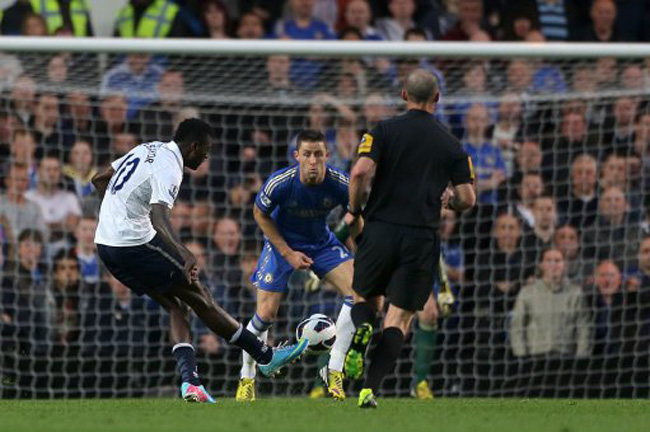 Gylfi Sigurdsson may not quite have had the impact at Spurs this season he would have wanted, but his second-half equaliser at Stamford Bridge on Wednesday night could prove crucial in the Lilywhites’ race for Europe.

The midfielder’s goal came on 80 minutes to level the scores at 2-2 in what was a fine game of football. With Eden Hazard and Oscar in superb scheming form, the Blues took the lead, courtesy of the Brazilian, on 10 minutes. However, despite looking likely to score again, it was Emmanuel Adebayor (having one of his good days) who would net next, firing home a superb curling effort.

With seven minutes of the first-half remaining, Raga Benitez’s men took the lead again, when Ramires poked home after good player from Fernando Torres. However, after the break, the home side started to tire and Tottenham’s push for an equaliser eventually saw Sigurdsson level the scores.

That result sees Chelsea now two points ahead of fourth-placed Arsenal, with Spurs a point behind the Gunners and with a place in the Champions League now out of their hands. Still, plenty of scope remains for a few more twists and turns here.