Despite playing football so lumpen and agricultural that it moved their own fans to boo them after winning games, West Ham have released an official t-shirt to commemorate the club’s fine achievements last season – the year in which the Hammers famously won “The Treble”.

Of course, we’re not talking “The Treble” in any conventional sense, rather their three famous victories over Tottenham – victories which led to the Hammers finishing a mere 29 points behind their rivals in the Premier League standings. 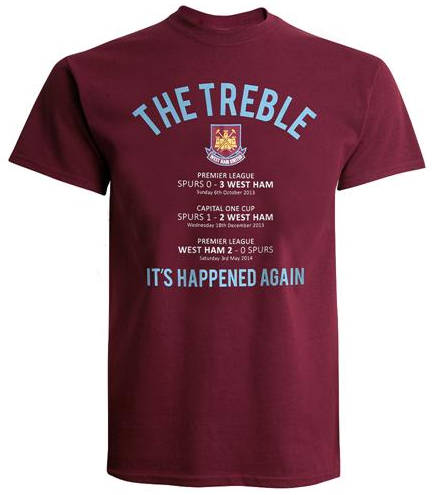