With their entire relationship on the line, one football fan has made his girlfriend sit a formal Arsenal exam to fully test their compatibility.

She seemed totally buzzed about the whole thing…ish.

boyfriend made me take an @Arsenal exam pic.twitter.com/uHsEGemtEV

Impressively, the test was meticulously produced – with a full cover sheet and instructions and everything… 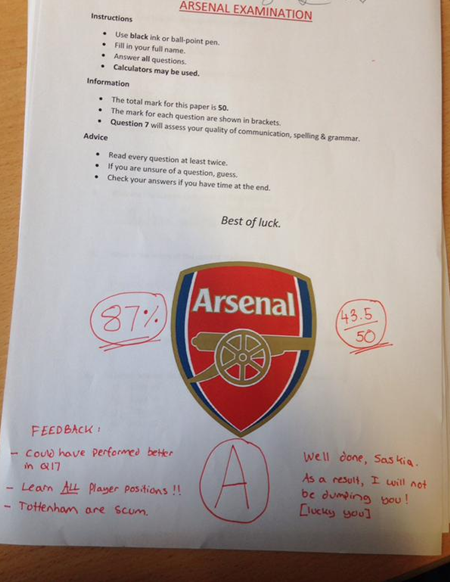 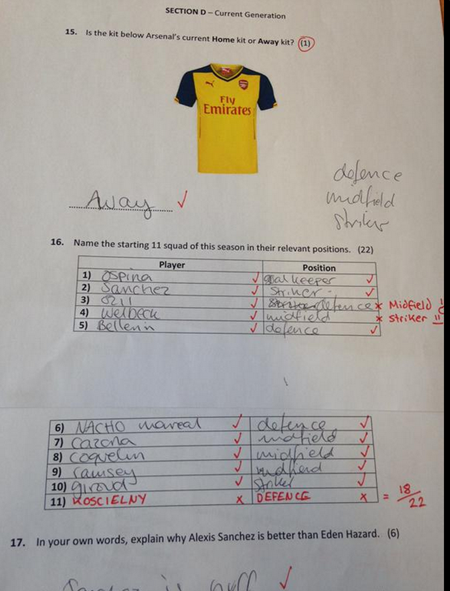 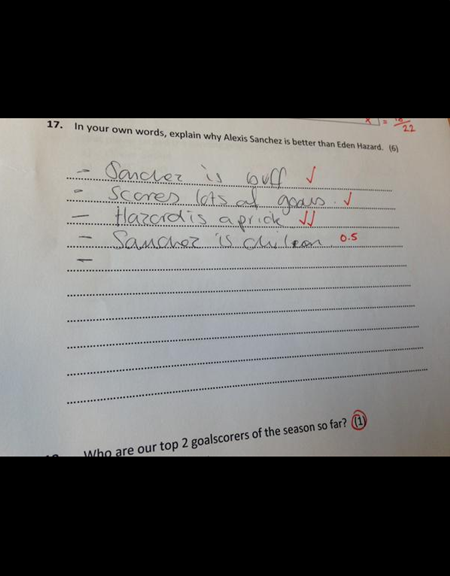 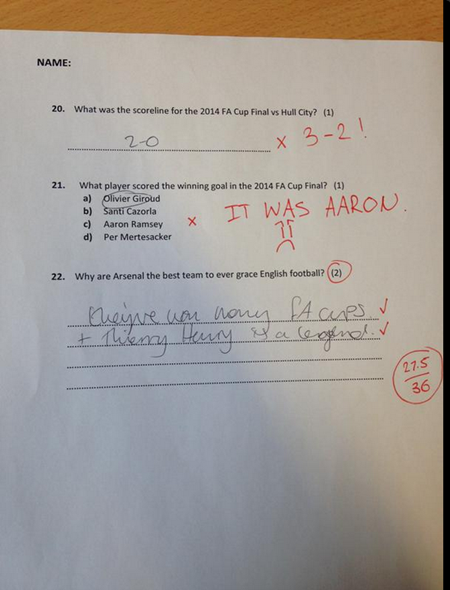 Thankfully, with a full 50 marks available, Saskia managed to weigh in with a respectable score of 43.5 out of 50 (85%), meaning that the relationship would not be effected – at least not until the next round of testing.

“Well done Saskia. As a result I will not be dumping you! (lucky you),” read the feedback on her answer sheet.

There were, however, a few pointers for her to be going away with, with the examiner leaving constructive criticism for her to go away and study player positions, Alexis Sanchez’s superiority over Eden Hazard and to commit to memory the universal truth that “Tottenham are scum”.