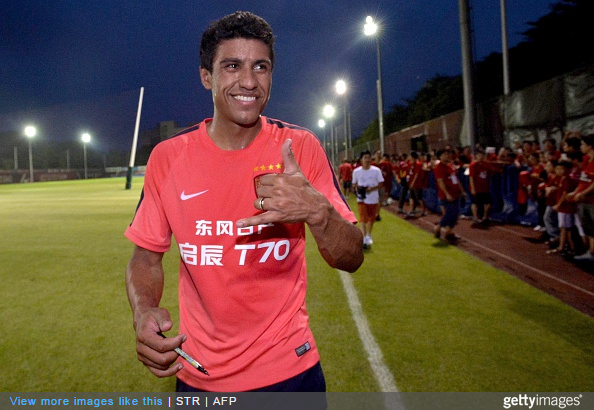 Like Roberto Soldado before him, it would appear that former Tottenham dud Paulinho hasn’t taken long to put his White Hart Lane torpor behind him.

Two months after ditching Spurs in favour of a lucrative move to China, the much-maligned Brazilian midfielder has just gone and scored this sumptuous dipping free-kick for his new side Guangzhou Evergrande…

Spurs flop Paulinho has just scored this stunning 35-yard free-kick for Guangzhou Evergrande. The end is near pic.twitter.com/DYYvra0B2I

If Etienne Capoue goes and scores a scorcher against Man City this weekend then we’re officially handing in our and gun and badge.