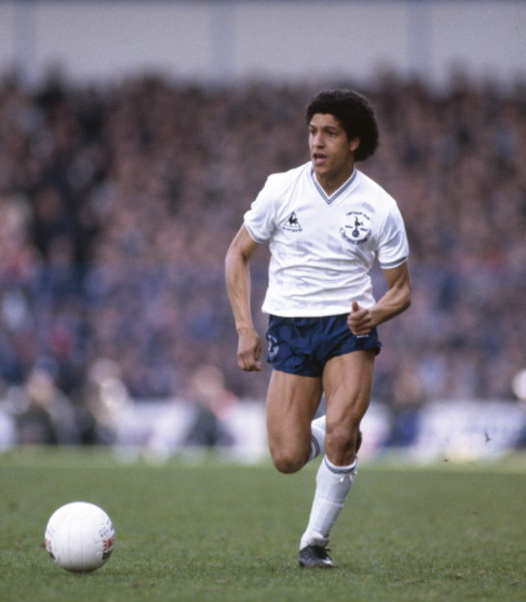 One of Tottenham’s most fondly remembered derby victories came on 4th April, 1983, at White Hart Lane when they pulverised Arsenal by sticking five unanswered goals past their dearly beloved rivals.

There was a frisson of revenge in the air as Tottenham carved Arsenal apart – long-awaited payback for the 5-0 hammering the Gunners had dished out four years prior, in Spurs boss Keith Burkinshaw’s first season managing in the First Division.

Spurs goalscorers that day were flying full-back Chris Hughton, who got two; Alan Brazil, his first goal for the club; and Mark Falco, who also helped himself to a spectacular brace.

In fact, Falco’s first goal – a shoulder-high, 20-yard volley taken on the run – was one of the best goals ever scored in the fixture.

All five of the goals are all just about visible here, though we can only apologise in advance for the quality of the footage…

Legend has it that former Spurs favourite Pat Jennings, then on Arsenal’s books but not selected for the fixture, was sitting at the back of the bus.

Hearing the Spurs fans outside, he turned, smiled and discreetly raised five fingers.